Three people. Three stories. One day. A short comedy about the trials and tribulations of being a working actor. ‘The Actor’ lifts the lid on what really goes on behind the scenes in an actor’s world. ‘The Actor’ was shot in one day in one location and entirely on an iPhone 7. It is based partly on Narelle’s actual experiences both as an actor and booking agent in the entertainment industry. By first time filmmaker (and long time actor) Narelle Nash.

Narelle Nash flew to San Diego for IMFF 2018 from Australia to participate during IMFF 2018. She was incredibly surprised that her film won the Third Prize award. She flew back to Sydney with a trophy and a huge smile. She was inspired to continue making films with her iPhone.

“Simply the best. Festival Director Susy goes above and beyond to make filmmakers feel special and valued. Highly recommend this film festival. Attended the weekend long festival in April in San Diego which included screenings, workshops/lectures and a red carpet award ceremony. Will forever remember the experience and taking home third place for my film ‘The Actor’, many thanks!” – Narelle Nash, Attended IMFF 2018 from Sydney, Australia 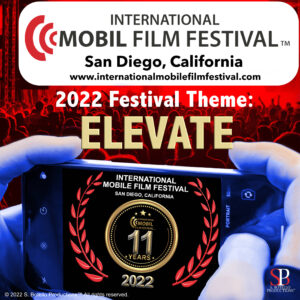